The secrets behind the most famous glasses in history

Karl Lagerfield’s thick sunglasses, Andy Warhol’s crazy frames, Le Corbusier’s round glasses… Glasses are much more than just a fashion accessory, they reflect our personality, they are almost an extension of it and, in some cases, they can become a declaration of principles. We are going to review some glasses of artists, architects and emblematic figures of the cinema to discover fascinating stories and some odd secrets behind the most famous glasses in history. 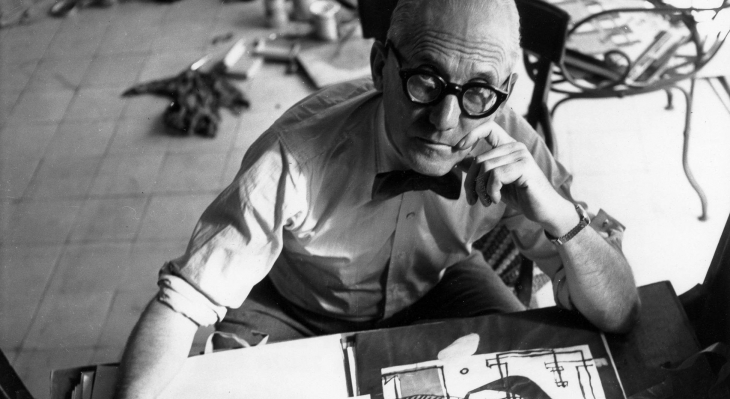 Considered one of the biggest exponents of modern architecture and one of the most influential architects of the 20th century, Le Corbusier will go down in history, among other things, for his unmistakable round glasses.

These were commissioned at the Parisian Maison Bonnet store, specialized in creating outstanding glasses, in which every detail was carefully studied. “The perfect shape to accompany a silhouette, emphasize themthe eyebrow line, center the pupil on the crystal”. A true customization!

And it was not a coincidence that Le Corbusier chose a round frame. That shape reflected his functionalist ideas and the figures chosen in his work as a painter. For this artist, his famous “owl” glasses were, a true extension of his artistic vision and the world. 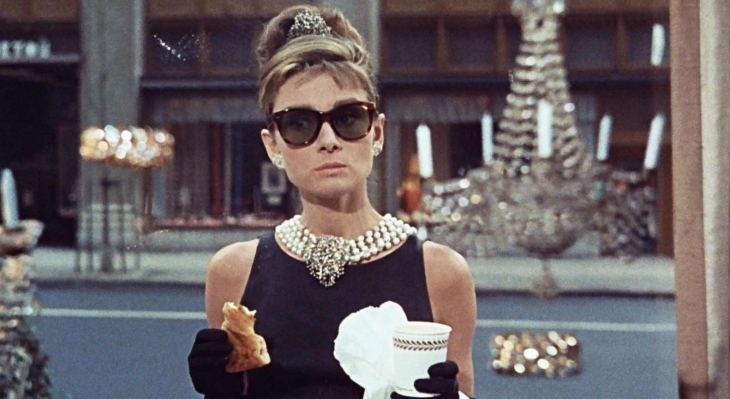 Arguably one of the most famous scenes in movie history: a glamorous Holly Golightly, played by Audrey Hepburn, lowers her sunglasses to observe the woman that later she will discover to be her neighbor’s lover.

These elegant glasses, an icon recognize by everyone, were designed by the famous Oliver Goldsmith (he also designed, among others, Grace Kelly‘s glasses) who had to present up to seven models to the fussy director Blake Edwards, until he was finally convinced. 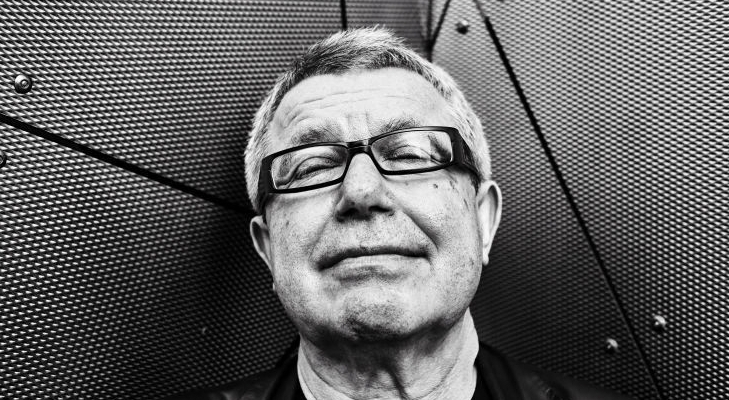 The iconic glasses of the great architect Libeskind, narrow and orthogonal, unlike Le Corbusier’s ones, reflect the unique angularity of his architecture, which has as its prime work the Jewish Museum in Berlin, a recurring theme in most of his designs. 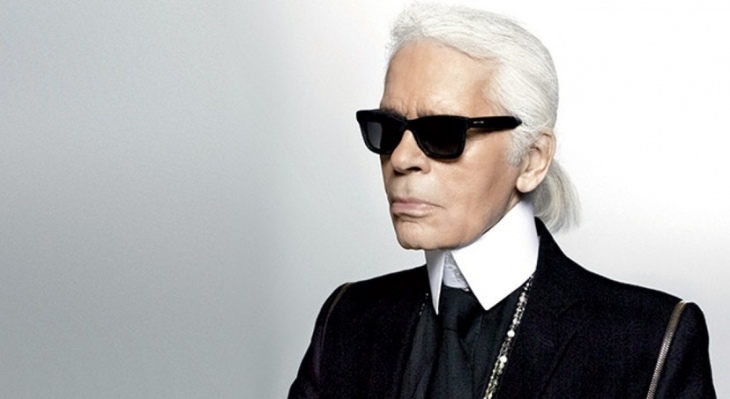 His everlasting sunglasses are, along with his gloves, the hallmark of one of the most famous designers in the world.

His dark glasses, from which he barely separated, have fueled all kinds of speculations for years.

According to the fashion designer’s personal assistant for over 15 years, Arnaud Maillard, the reason was that the Kaiser could take a nap when the meetings were too boring for him without anyone noticing.

However, the designer revealed in the pages of  ‘ZEITmann’ that he once suffered an assault and the glasses he wore that day saved him from suffering a serious eye injury. This was in 1967 and since then Karl Lagerfeld, true to his ways, never abandoned his famous dark glasses. 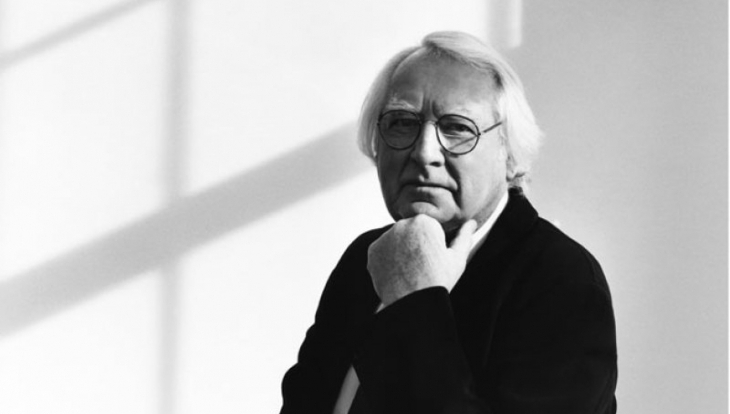 Another big figure in modern architecture, Richard Meier, winner of the Pritzker Prize, chose to wear an ultra light metal frame, unlike the heavy frames worn by his contemporaries.

His architecture is characterized by pure geometry, open spaces and an emphasis on lightness, three aspects that can be seen in his circular glasses with a thin metal frame. This is, yet again, an example of glasses being the reflection of an artistic trend. 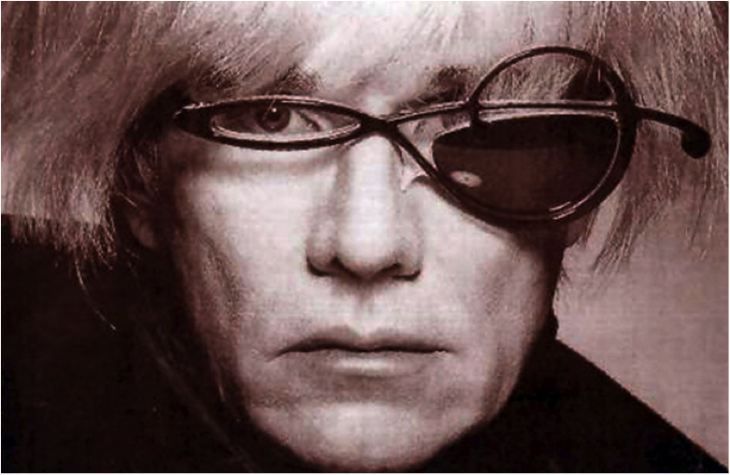 Who does not remember the famous treble clef sunglasses worn by the famous artist? They say that the guru of modernity fell in love with this creation by Alain Mikli and managed to get hold of one of the 20 copies that were made, a limited edition of the Franco-American designer. He created “glasses to see and be seen” for 35 years, using exclusive technologies and a considerable amount of provocation. Something that did not go unnoticed to Warhol. 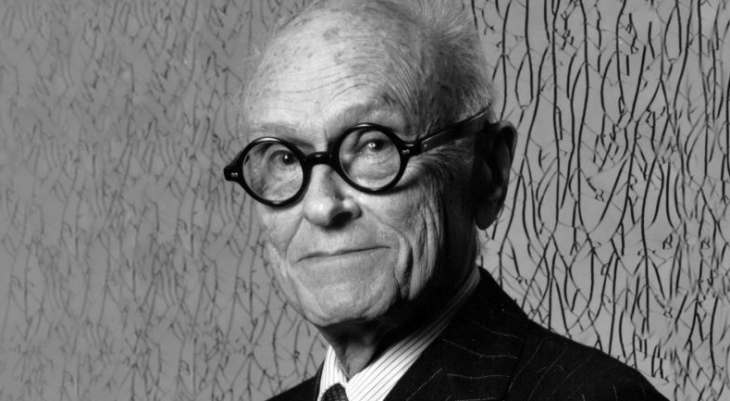 It is not a coincidence that the glasses of the American architect Philip Johnson resemble Le Corbusier’s ones, who was his idol. So much so that, in 1934, he asked Cartier to manufacture a similar pair.

The classic round shape resembles the modernist ideals that Johnson advocated at the time. The extra thick frames have to do with his well-known humorous personality. And while Johnson’s style of architecture changed dramatically over the years, . The style of his favorite glasses remained essentially the same until his death, more than 70 years later. That is what you call fidelity! 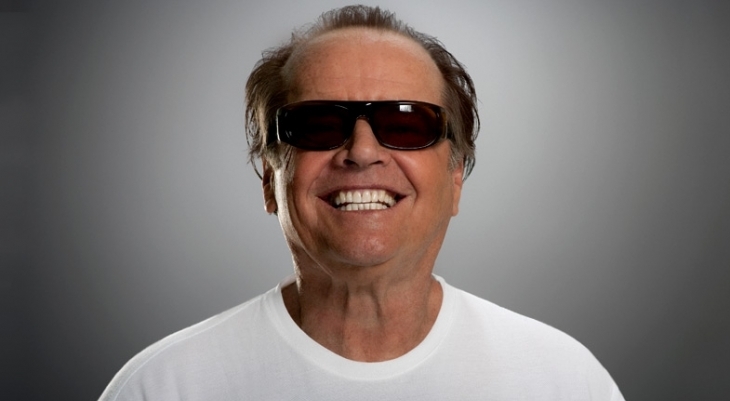 Another celebrity that never takes off his glasses is Jack Nicholson. They say that one time a photographer asked the actor from “Someone flew over the cuckoo’s nest” to remove his sunglasses. He replied: “You are new here, right?”

Whether it is photophobia or just shyness, we will never know, but it is clear that Nicholson never separetes himself from his sunglasses. 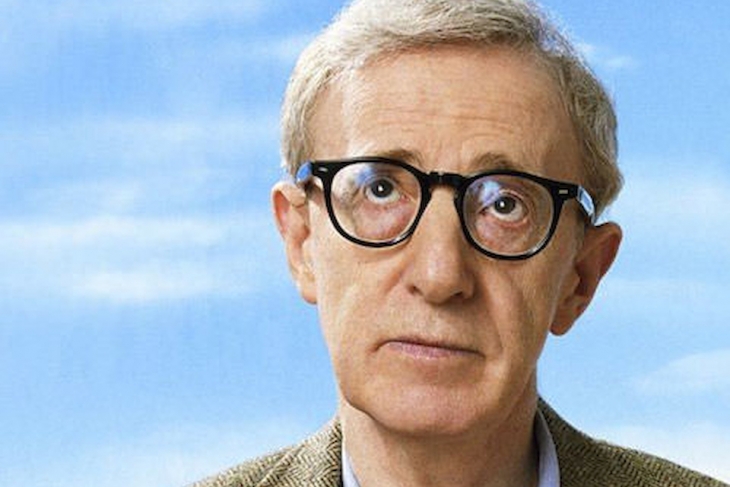 Woody Allen, like many other celebrities, seeks an intellectual look and somewhat ‘nerdy’ style with his square black-rimmed glasses. His favorite model is the Moscot Lemtosh. This is the same model worn by celebrities like Johnny Depp and Truman Capote. In fact, the Lemtosh is commonly known as the business card of free-spirited intellectuals like Woody Allen himself.

There is no doubt that the glasses of this Jewish director are one of the elements that most define him. So much so, that the statue that represents his figure in Asturias is constantly suffering the theft of this accessory!