The best iconic eyewear from the movies

At L’Atelier Óptica we have always defended that glasses are a very important part of your personal style. Depending on the model you choose, you can express different aspects of your personality. In the world of cinema, it is also very clear, that glasses are a fundamental aspect in the portrayal of a character. We love to look at them, so let’s talk about some of our favorite glasses and the movies in which they appear:

Since the Avengers: Infinity War movie was released in 2018, everyone wants to wear Tony Stark’s (Robert Downey Jr.) glasses. It is the Dita Flight 006 model. 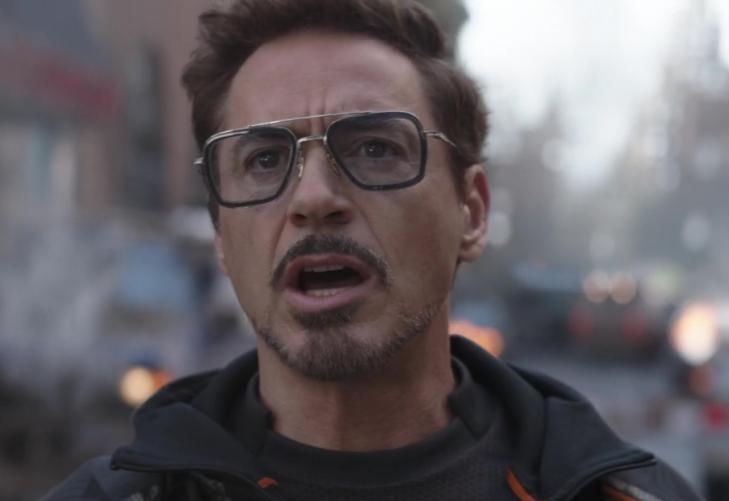 These same glasses are inherited by Peter Parker (played by Tom Holland) in the movie Spiderman: Far from Home (2019), so whoever hasn’t yet fallen in love with them has a second chance to do so in the latest adventure of this Marvel superhero. 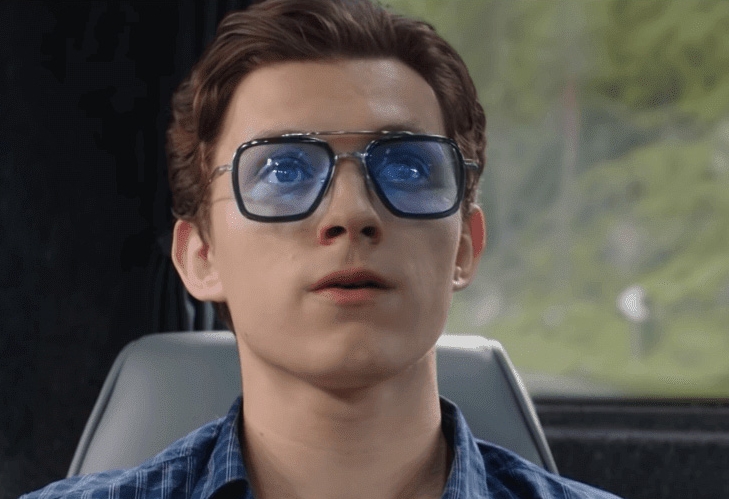 We could not miss one of the most popular film sagas: Mission Impossible. Specifically, we are going to focus on its fifth film (2015), in which Tom Cruise appears with two sunglasses by the Italian brand L.G.R. These are the Tangeri (upper image) and the Comoros (lower image) models. 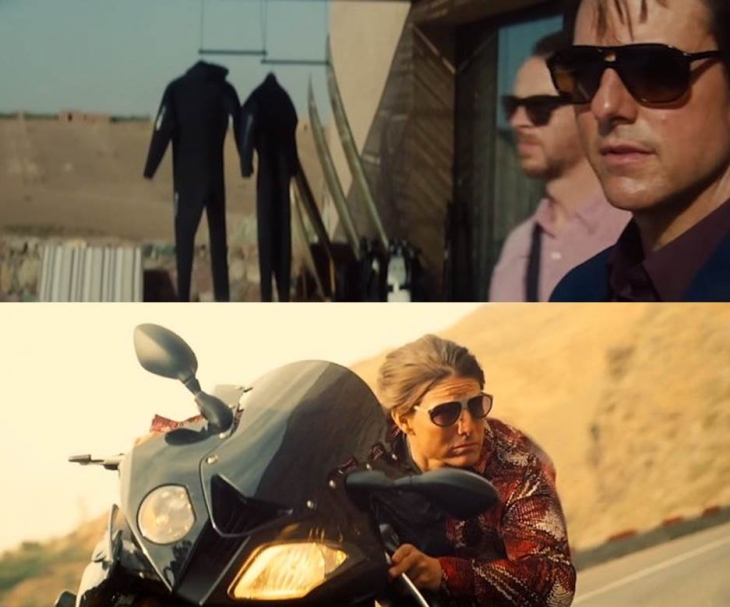 We’ve already talked in another post about the iconic glasses Audrey Hepburn wore in Breakfast at Tiffany’s. This time, we wanted to talk about yet another movie where she looks effortlessly chic in every scene, Two on the Road (1967), in which the actress wears another model from the same brand: Oliver Goldsmith. It is the model Yuhu in white, a large and enveloping design that became very popular thanks to Hepburn. 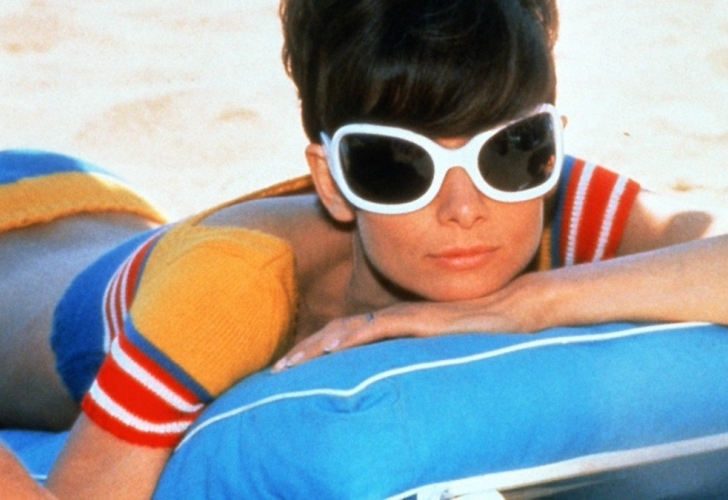 Like any other vampire, Barnabas Collins needed to protect himself from the light of sun as much as possible and that was perfectly accomplished by his sunglasses with side shields.

That same model of sunglasses was worn many years before by Claude Rains in the movie The Invisible Man (1933).

We already know that fashion is cyclical and that all trends return. In fact, we can find a very similar design in the latest Mykita collection featuring Helmut Lang. 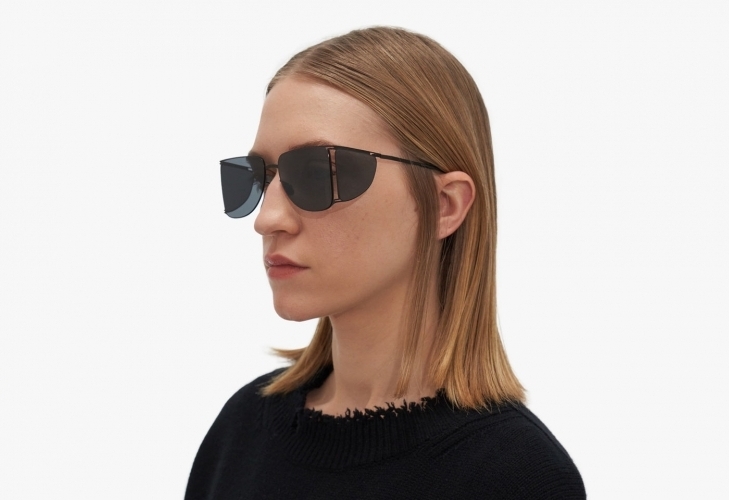 We are sure that, if you have seen this film, you have noticed Iris Steensma’s (Jodie Foster) unique sunglasses. A round model covered with a translucent square structure. In the Blake Kuwahara collection you can find a very similar piece that we absolutley love: the Kahn model, which are available both as an optical frame and as sunglasses. 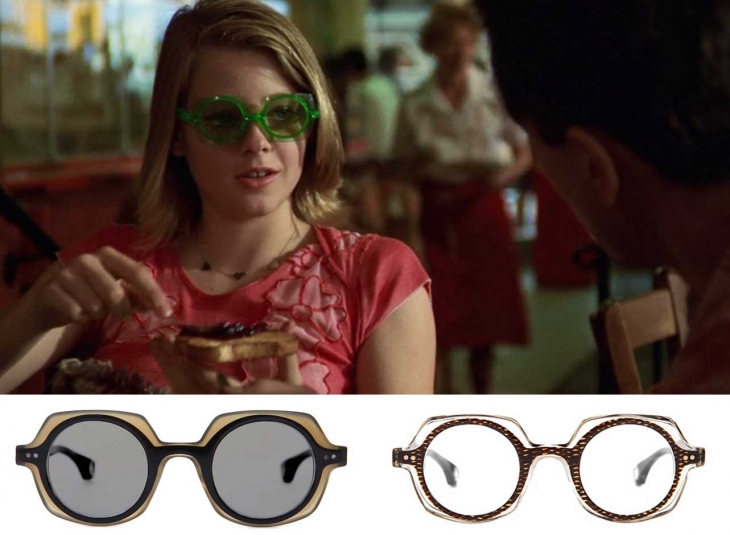 Despite the fact that the film is almost 60 years old, we have not forgotten its bold heart-shaped sunglasses. Many brands have reinterpreted this model since then. We love the Cutler and Gross version, available in different colors. 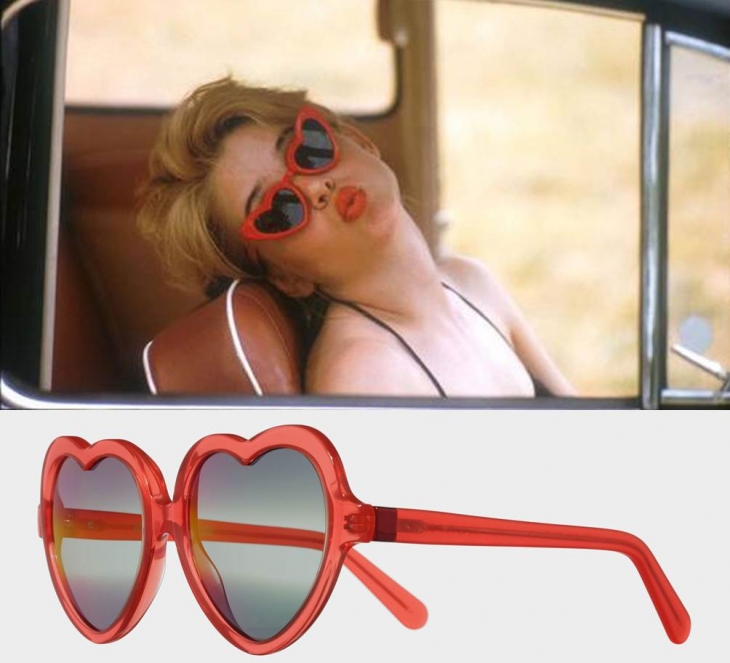 It has caught our attention that the protagonist of this movie loves Dita Eyewear glasses and wears up to four wonderful designs from this brand. Frankly, we understand the costume team of the film, seeing the collection, how could you choose only one? The actress wears the models Arise, Rebella, Showgoer and Willow. 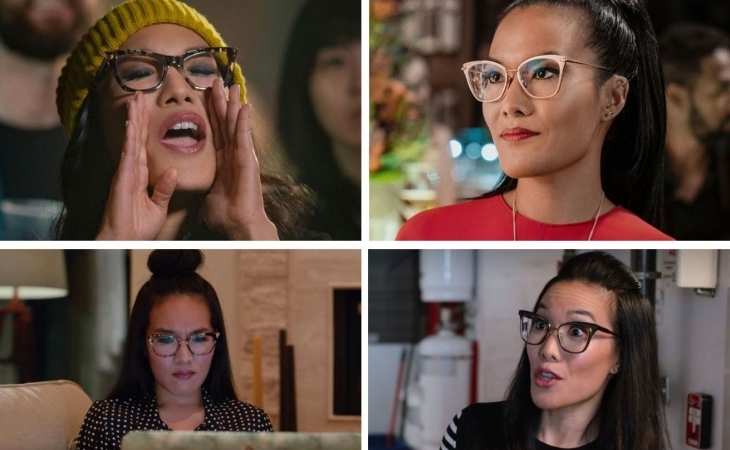 This is already a classic when it comes to glasses and movies. Who does not think of Harry when seeing round glasses? If you like this type of frame, you can find two very similar models in the Lunor collection: the Advantage 420 model and the M10 02. 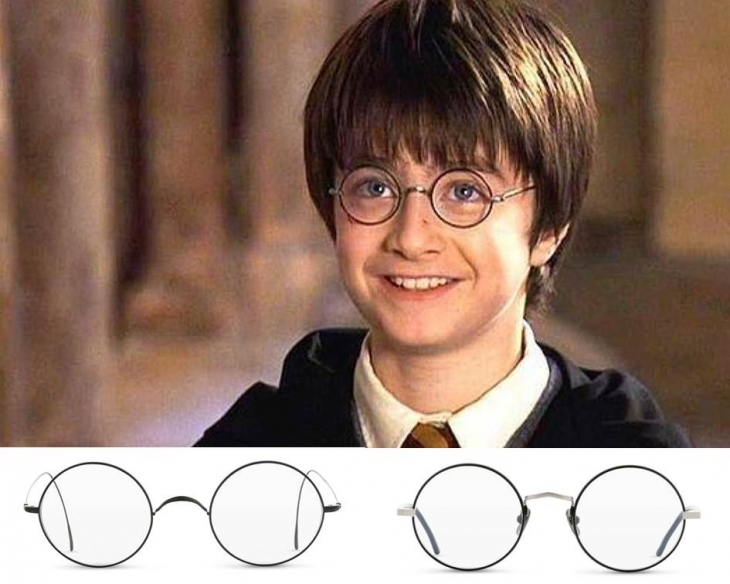 We could not leave out the ultimate it girl, Carrie Bradshaw. This style icon admired by all appears in the movie Sex in New York 2 (2010) with a wonderful pair of golden Mykita sunglasses. Specifically, it is a model from the collection in which the brand collaborate with designer Bernhard Willhelm and best of all, they are very comfortable.

In this feature film, Davis (Jake Gyllenhaal) wears some sunglasses that many fans of the eyewear world will recognize, they are the Moscot Lemtosh. It is one of the favorite models of many international artists, in fact, we have seen many actors such as Jonhnny Depp, Brad Pitt and Orlando Bloom, among others, wearing them. 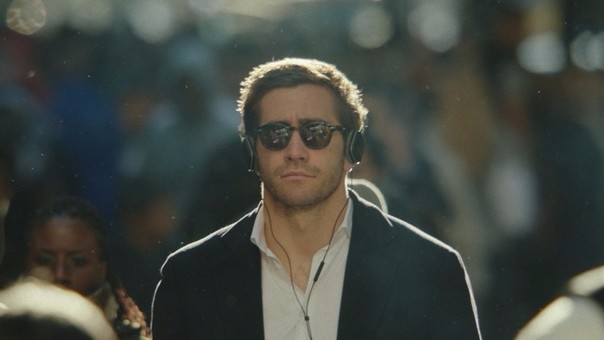 We also wanted to include some series in this article. In Special, we see its protagonist wearing glasses from one of our favorite brands: Bruno Chaussignand. The model is called Eagle and we love it because it is modern and very flattering. 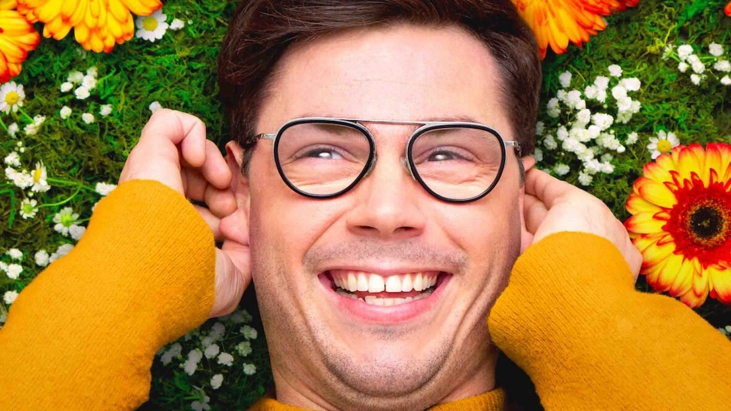 If you like the Batman universe and the Joker, you cannot miss these series. In which we see Jeremiah Valeska (Cameron Monaghan) with a pair of sunglasses that you have surely noticed. They are the spectacular model Wyatt by Jacques Marie Mage.

This show has been talked about a lot lately. In one of its episodes, William (Ron Cephas) goes shopping and, among other things, renews his sunglasses. We have to praise him for his exquisit taste choosing the wonderful Dita Journey that looks great on him. 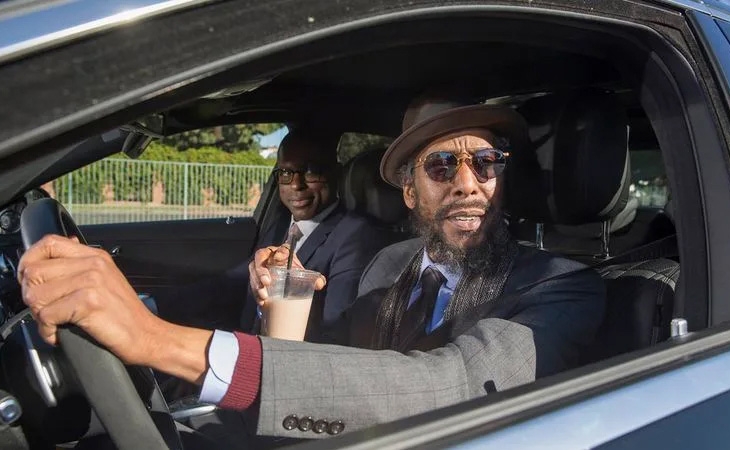 Walter White, our favorite good boy gone bad, would not be the same without his squared metal glasses. They remind us a lot of the Hamburg Eyewear Lea, don’t you think they are pretty similar?

Richard Schiff in The Good Doctor (2017)

In these series, we see how Dr. Glassman (Richard Schiff) changes his classic rimless glasses, that he wore in the first few episodes, for some modern and transparent Moscot Miltzen ones that fit phenomenally with the character. We love change, what do you think? 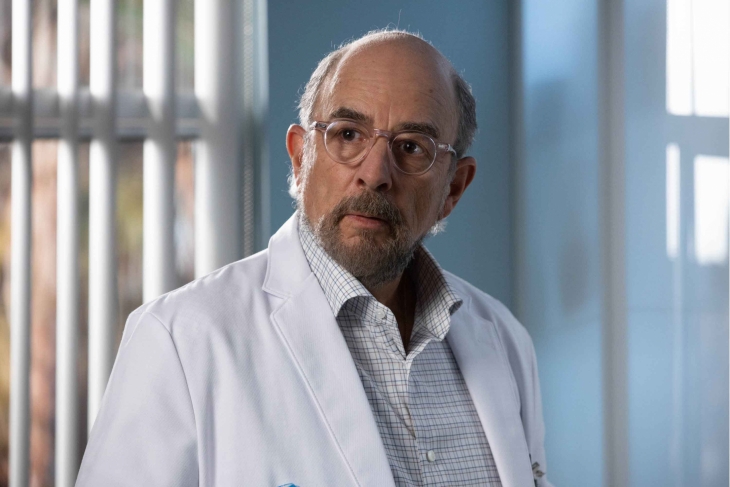 We had to include some Spanish TV shows. In El pueblo, Moncho (Santi Millan) wears large, round Mykita frames that contribute to the hippie aesthetic of the character. 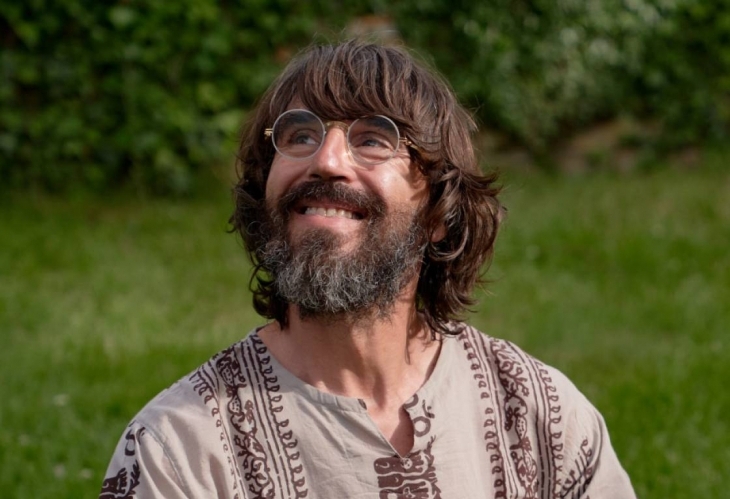 Now tell us, do you also pay attention to the glasses when you go to the movies? Which ones are your favorites?